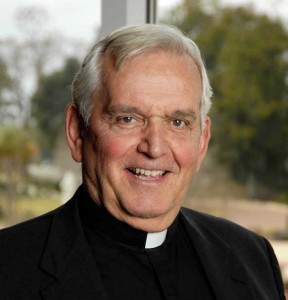 Rev. Gregory F. Lucey, S.J. currently serves as Chancellor of Spring Hill College.  From 1997 to 2009 and from December 13, 2013 to June 1, 2015 he served as the President of the College. From July 1, 2011 until his return to Spring Hill College in April, 2013, he served as President of the Association of Jesuit Colleges and Universities based in Washington, D.C.  In 2005, Father Lucey was selected as Mobilian of the Year.  He has also served as the President of the Jesuit Conference U.S.A., Rector of the Jesuit Community at Marquette University, and Vice President for Development at Seattle University.  He founded and served as Director of Marquette’s Center for Ignatian Spirituality, and in 1995, he attended the 34th General Congregation of the Society of Jesus as one of 200 delegates worldwide.  He has served as trustee of Xavier University, Loyola University, New Orleans and Marquette University.  He has been involved with the activities of Heartland/Delta from the consortium’s inception.  A Wisconsin native, Fr Lucey entered the Society of Jesus in 1951 and was ordained in 1964.